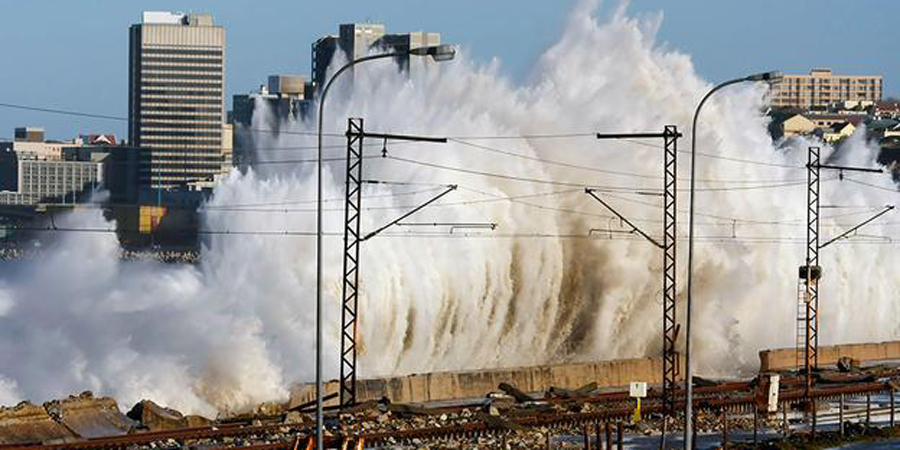 Technology is changing everyday city life, allowing us to instantly adapt to everything from storm threats to traffic jams.

Infrastructure is not exactly the sexiest word in architecture. There are no “starchitects” proudly boasting about their pipe designs or subsurface drainage systems. By its very definition – the underlying structures that support our systems – infrastructure is inherently hidden from us, and therefore often overlooked. But without it our current cities couldn’t possibly exist. Without finding ways to improve it, our future cities will struggle to survive.

Historically, our urban infrastructure has materialised as a response to some emergent or acute problem, like natural disasters. In 2010 it was estimated that over 40% of the global population lives in coastal areas, and much of the large-scale devastation in these areas is due to hurricanes and typhoons. Multi-billion-dollar estimates of infrastructure damage from Hurricane Sandy and Hurricane Katrina, as well as the recent devastation in the Philippines, demonstrate the amount of damage and human cost these disasters create.

In the more distant past, construction has been a driven by localised issues such as sanitation, flooding or fire. The reaction has been to engineer systems (under the powers of centralised, state-led planning and public funding) that solve a single problem at a particular time. Little thought has been given to future conditions.

But, rather than being reactive, future infrastructure designs will need to be anticipatory and proactive to be truly sustainable. Much like an ecosystem, these will contain many small-scale, networked elements that serve a multitude of uses, rather than one single guiding purpose for their existence. Urban community garden plots, for example, not only provide food for urban dwellers, but serve as stormwater management systems, allowing water and waste to be recycled at the smallest scale with real-time sensors telling the centralised system how much less will have to be processed downstream.

Cities will need to accurately measure current conditions, and model the future. Sensors and technological controls embedded within new and retrofitted urban designs could monitor existing conditions and provide real-time feedback in case modifications are needed. One of the best known examples of this type of next-gen monitoring is in Songdo, South Korea where everything from traffic flow to household waste is highly responsive and networked. Companies such as Cisco and Siemens are adding robust information technology infrastructure to power these emerging feedback systems. These smart-grid networks will become increasingly responsive to allocating electricity in response to demand, or public transport systems that respond to congestion by allocating buses where people are congregating or changing lights automatically based on traffic patterns. In Rio de Janeiro there is a hi-tech operations centre, where public safety responses to infrastructure failures such as building collapses or flooding can be quickly identified, analysed and disseminated to both technical specialists and the general public.

Infrastructure designs will not only have to anticipate short-term, local conditions, but long-term, global phenomena as well. After Sandy and Katrina, for example, solutions were focused on future sea level rise driven by climate change and the infrastructures necessary to “protect” these cities from future flooding. Conventional infrastructure repairs have used a robust engineering approach, elevating hard floodwalls to predicted future sea levels, and strengthening levees to protect against more frequent and intense storm surges.

We can do more to make our coasts more adaptable. Progressive coastal infrastructure proposals (such as those responding to the annualOneprize, which this year was titled “Stormproof”) include designs relying heavily on natural wetland and “green” solutions. These can buffer and adapt to the disturbances through time, letting ecological processes respond, shift, and adjust to each intervention rather than creating stiffer, man-made armour.

Another important component is the shift from single-function to multifunctional infrastructure. Past designs solved one particular problem for an isolated part of the larger system – water, waste or transportation. It’s a fairly radical rethink, but the networked nature of our future cities will allow infrastructures to cross sectors and serve many interests.

One example is urban waste. It currently serves the sole purpose of moving water and solid waste far away from human settlements. Future designs could instead see these waste flows as resource flows, and reconnect other essential city services together. This is already starting to happen; in southern California, wastewater has been converted into drinking water, which is potentially cleaner than what is found in snowmelt.

This is important because physical infrastructure is typically the only form of infrastructure that we think about. Leaders talk about the need to repair “crumbling” infrastructure such our roads, bridges, and pipes. The problem with this narrow definition is that by considering only infrastructure in its physical form, much of the functional relationships between humans in the city are lost. Social, political, economic and cultural support systems inform and respond to our physical cities in important ways. Much of this is currently happening in cyberspace; social networks, crowd-sourcing and mobile technology source city data to drive new projects. For example, Street Bump in Boston notifies the city when you hit a pothole or Big Apps NYC connects people to public data and project developers.

Cultural behaviour has a broader impact. Consider the southwest of the United States. It is a very arid landscape; the value of water is extremely high. Regulations require the use of drought tolerant plants, which is known as xeriscaping, and tight controls over rainwater harvesting systems are the norm. The infrastructure that supports the water system is a cultural one: as a society, the southwest values water and therefore chooses to restrict behaviour, such as water-dependent gardening and green lawns. In the water-rich areas of the US, such as the southeast, this significant cultural relation to water is largely absent and the infrastructure reflects this.

Do these types of social, cultural, or political infrastructures crumble in the same way that pipes and roads do? Potentially. Some have argued, for example, that the global “Occupy” movement demonstrates a shake-up of the cultural infrastructure in response to economic systems being disrupted. This clearly had implications for the physical spaces in cities where these interventions were taking place, with questions surrounding the rights of individuals to spend time in designated public areas and focusing attention on the role that these “green infrastructure” areas had in shaping the city’s social relations.

It is the future of the non-physical infrastructures that is most uncertain. Societies should seek out opportunities to bridge these physical and nonphysical infrastructures through, for example, social practices that build community cohesion and draw attention to multifunctional places. Reconstruction efforts following smaller-scale, less devastating disturbances often connect communities with their surroundings in unique and interesting ways. For truly robust and resilient physical infrastructures to emerge in the future, the non-physical components must be better integrated. So far, our cities have kept these services hidden. It’s time to bring these out into the open.

newspress Architecture Comments Off on Smart cities: The future of urban infrastructure Print this News
Ocean living: A step closer to reality? (Newer)
(Older) This is a Sample News of NewsPress Sports 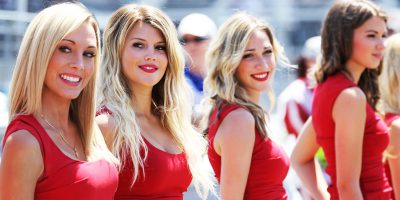